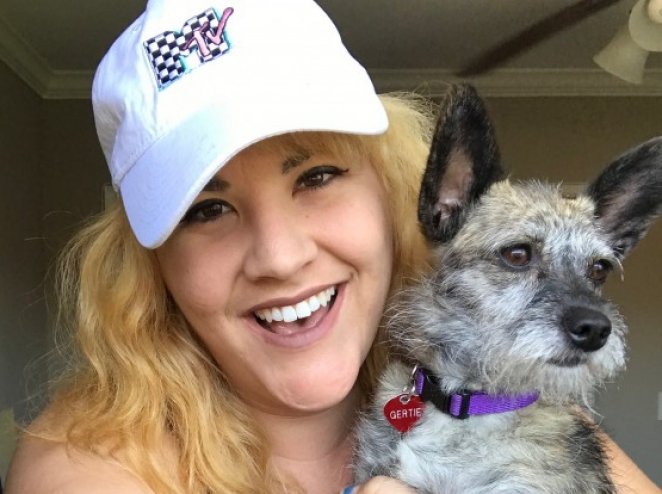 My name is Joelle, and I’m a social media strategist here at peta2! I get to create, edit, and strategize awesome content for peta2’s Twitter page and other social media accounts. I’m a passionate vegan feminist who was named after a My Little Pony character. I grew up in San Diego and lived in Santa Cruz, California, for seven years, where I majored in Film & Digital Media at the University of California–Santa Cruz. I moved to Los Angeles in the summer of 2016 to help animals and become a part of the peta2 fam.

A little about me: I love whales, Harry Potter, cooking, Steve Carell, aliens, tater tots, and my dog, Gertie. I have a handful of tattoos, including an E.T. one and a blink-182 one. I used to have season passes to SeaWorld as a kid and was heartbroken when I learned how terrible the abusement park is for animals. I have always had a special relationship with animals and have been vegetarian since I was a little kid. But in high school, I took a social justice class in which I watched Earthlings for the first time. I knew then that I could never justify eating animal products ever again. Now, I get paid to stand up to my archenemy, SeaWorld, and help animals all around the world.